Bieber & Skrillex Together At Billboard Hot 100

It is official, Justin Bieber has announced that he and Skrillex will be teaming up on a special performance at the Billboard Hot 100 Music Festival this month.
While not everyone in the music industry has been supportive of Bieber over the past few years, Skrillex has been very outspoken in his respect of the sometimes troubled Bieber’s talent.  Fans of both Skrillex and Justin Bieber have been weighing in loudly on social media with mostly positive words of encouragement.
What do you think??

Who is coming? @Skrillex 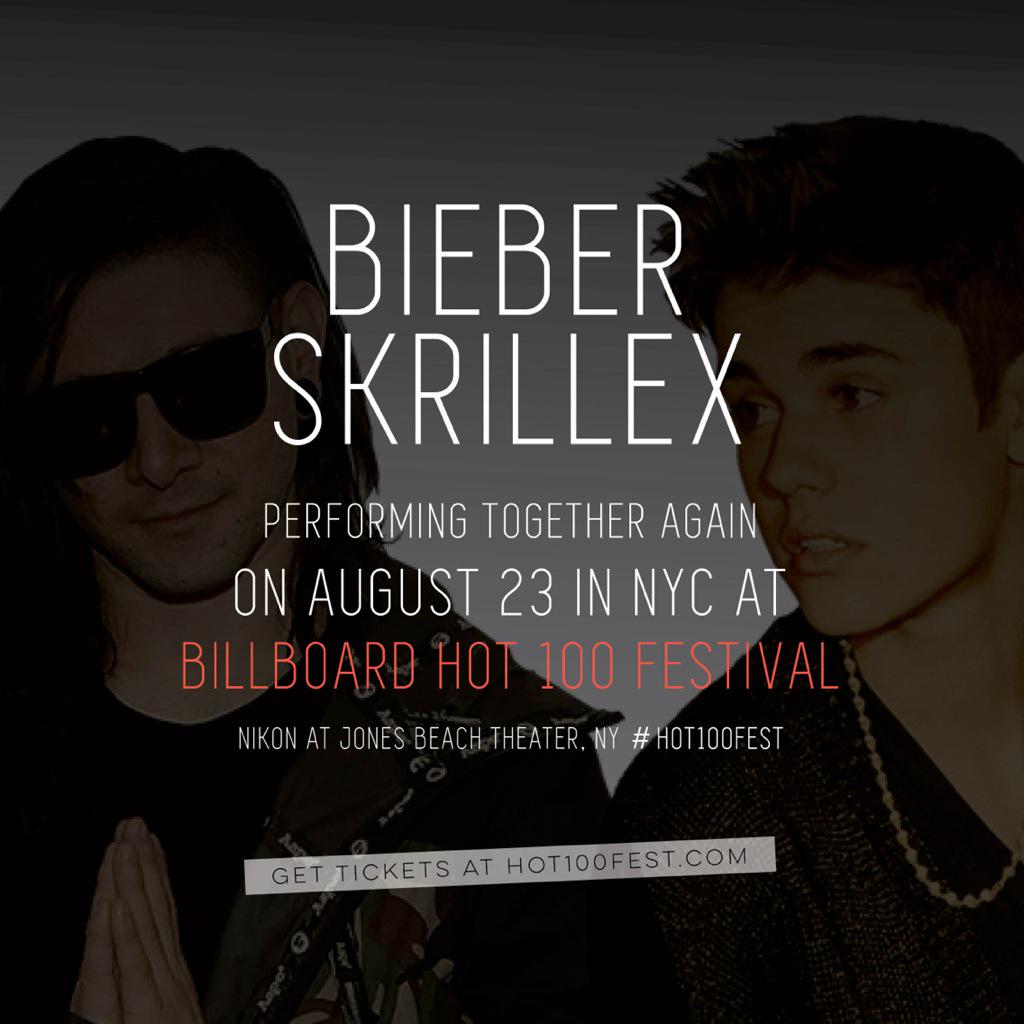 The Thrill of it All by Sam Smith

This site uses Akismet to reduce spam. Learn how your comment data is processed.